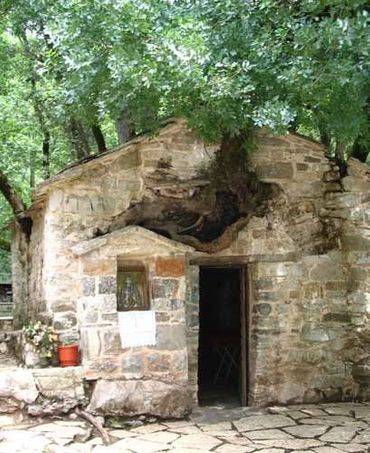 The Life of Saint Theodora

Saint Theodora lived during the time of the Byzantine Empire, more specifically in the 9th century A.D. She came from a poor family which was, however, full of love and faith in God. From a very early age Theodora was very interested in religion, so she decided to devote her life to God.

She decided to join a monastery, but for some unknown reason, she chose a male monastery, Panaitsas, which is on the boundary between Arcadia and Messenia, rather than a nunnery. She presented herself there as a man, giving the name “Theodore”.

While at the monastery, she became an example of patience, and achieved great spiritual growth. For this reason, the Fathers of the Abbey soon entrusted her with the external work of the monastery, an office which is always awarded to monks or nuns with experience in the spiritual life.

In that period, famine broke out in the Peloponnese, which meant that both the ordinary people and the monastery were in danger of running out of food. "Theodore," the only person who was able to deal with this situation, decided to visit many Christian homes to support them and, if possible, to also save something for the monastic brotherhood.

But then, something unthinkable happened. A woman claimed that the monk had made her pregnant. Her parents arrived at the monastery and asked "Theodore" to follow them. Even although Theodora denied the accusation, she followed them to the village, where she was tried, found guilty and sentenced to death by beheading.

Even although she could have proved her innocence by showing that she was a woman, she chose to “bear” the slanderous accusations! The place of execution was set as Vasta village in Arcadia area. The executioner led her up there and "Theodore" followed “quiet as a lamb”. Some time later, the soul of Saint Theodora fluttered skyward, to take its place amongst the martyrs of the Christian Orthodox Church.

When the executioner and his colleagues saw her body naked, they asked for God's forgiveness. News of the miraculous event spread quickly and the Igoumenos (Abbot) and fellow monks arrived at the scene of martyrdom, lamenting and praising God. According to some accounts they buried her body in their monastery but according other versions of the story they buried her at the place where she was executed.

​​Tradition says that before her beheading, the Saint asked God to make her hair into trees and to make her blood a river. And indeed, trees grew on the roof of the church built in Vasta, Arcadia, showing that "where God willeth the order of nature is overcome." 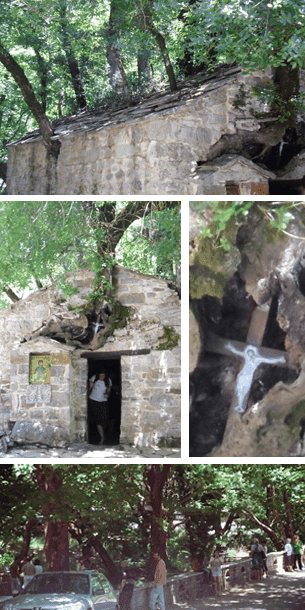